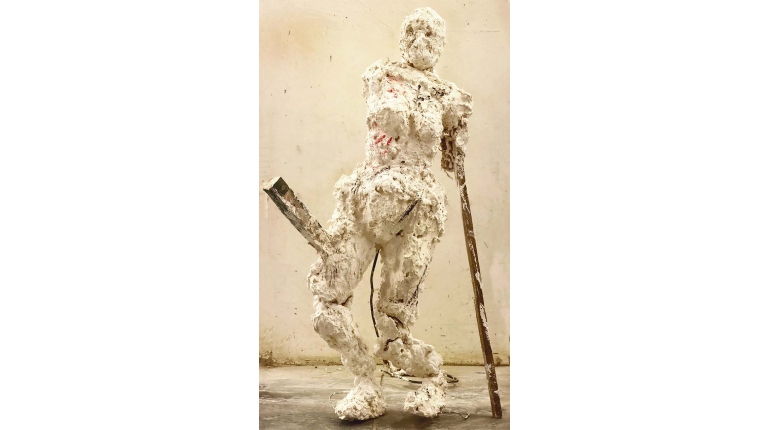 Always nice to be invited for exhibiting some of my sculptures. It is about a group exhibition’Time Space Existence” through the GAA Foundation. During the architecture Biennale Venice 2018 in Palazzo Bembo or Palazzo Mora. 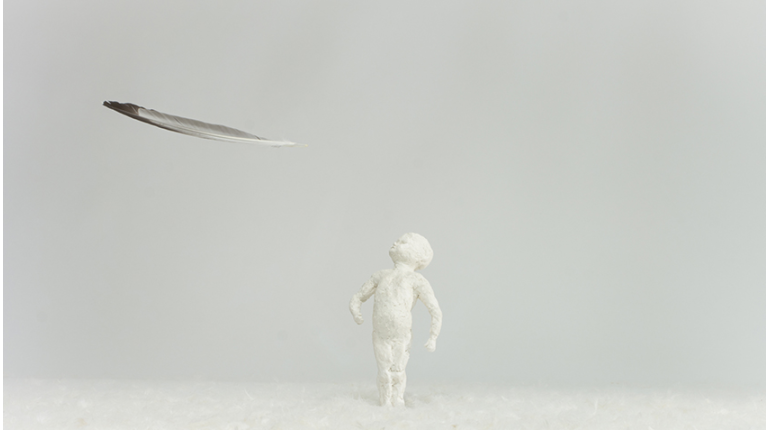 The stop motion Early Wish (not a ballerina) is for sale at the Eye Film Museum, Short Film Poule. 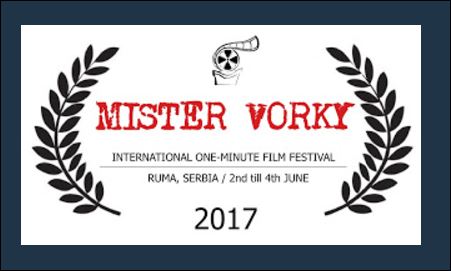 Honoured with the special Award for Early Wish (not a ballerina) of the Mr Vorky Festival in June in Servia. 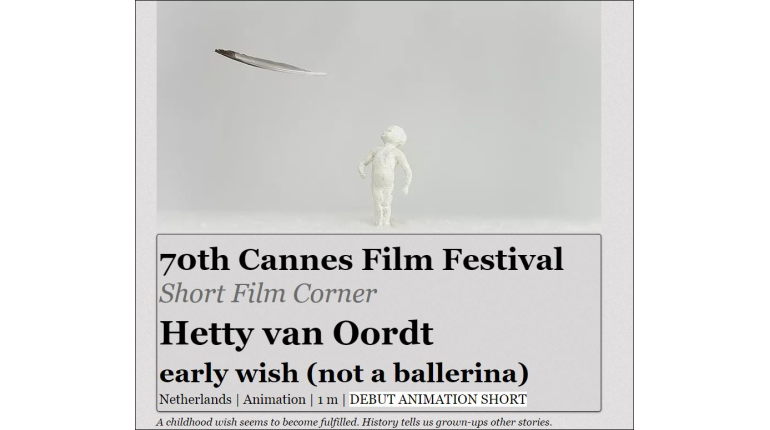 www.thenewcurrent.co.uk/cannes-sfc-2017-hetty-van-oordt
Nice to be interviewd by TheNewCurrent in the UK about Early Wish (not a ballerina) in the Cannes Court Métrage / Cannes Short Film Corner. The link does often not seem to work. Full text to be found here too.

Hi Hetty, thanks for talking to tNC, how’s everything going?

Doing fine, thank you. Working on sculpture and photography and preparing for Cannes.

Congratulations on having Early Wish (not a ballerina) part of this years short film corner, what does it mean for you to be able to share your film at Cannes?
I love it. 12 years ago I had a short in the Short Film Corner, live action, about an egg that bounces of long stairs. The plot is funny and unexpected but the shots lacked technical quality that could have uplifted it even more. I was not able to attend the festival then to find money for a more professional make-over. Now I am in the Court Métrage with a short that’s complete in my eyes.

This is your debut short film are there any nerves setting in ahead of the festival?

To be correct this is my first animation. No nerves. I am much looking forward to meet international people with the same interest and see a lot of beautiful films of colleagues in any genre.

How did the project come about?

I visited with a school friend the famous Toonder Studio’s (then still in Kasteel Nederhorst) in Holland when I was about 15 years old. The animation done there at that moment (amongst others ‘Loeki de Leeuw” a famous interval in Dutch television advertising) grabbed me. It created my dream to do a professional stop motion animation since then. I kept however on doing other things in life.

Last year I created a sculpture installation with about 300 tiny figures that all have their own identity. The project started with one figure representing an early childhood wish and it connected immediately to my early animation wish. At the same time I had met the very talented Dutch animator Jasper Kuipers. I was touched by the sensitiveness  and quality of his work. He was – and is – working on Finity Calling, one of his independent films. The only thing I had to do left was to convince him to help me out in between with my Early Wish.

Tell me a little bit about Early Wish (Not A Ballerina), what can we expect?

I hope you’ll find a little gem in serenity, joke and a serious thought at the end.

What was the inspiration behind your film?
Apart from depicting one of my early wishes in life, I can answer with a sentence that a critic once wrote about my work: “The manifest and subconscious motivation of people in relationship to their world provides a contiguous field of interest for Van Oordt.”  In the film you’ll find reference to what happened to the native Americans, a ghastly part of history. Interestingly enough I noticed the difference in immediate understanding of this reference by American viewers. Many European viewers do not ‘recognize’ it immediately. But that’s another story.

What was the most challenging scene for you on this film?

The most challenging on the whole was the editing. Having worked with documentary film, I was confronted with a new way of thinking in editing in stop motion. Animator Jasper Kuipers had the skills to help find the way.

Looking back is there anything you would do differently on this film?

No, and I hope I do not sound arrogant, but I find it complete.

Yes I have since I was young. I decided to effectuate that in work later on. However, being then a stand alone mother of two children I had to stop working after a few years in documentary film with it’s much irregular working hours. As it goes for animation, my love started when I was a child with La Linea of Osvaldo Cavandoli and Baloo the bear in Jungle book. Later on I fell in immediate love with the work of Jan Švankmajer. Tears came watching Father and Daughter by Michael Dudok de Wit.

What would you say as been the biggest lesson you have taken from making this film?
I am even more impressed by the skills and the determination of an animator, stop motion especially.

Now you can be reflective what advice would you offer a fellow filmmaker?
Always try to follow your heart and when succeeding doing a film that you want it’s worthwhile all the struggle that you will address, with certainty.

And finally what do you hope people will take away from your film?
A smile and a thought. ]

‘Early Wish (not a ballerina)’ is selected for the Dutch Competition – narrative at the Holland Animation Festival in Utrecht. The festival takes place 22-26 maart 2017. The stop motion animation tells the story of an early childhood wish that seems to become fulfilled. The twist in the end gives acknowledgement to what has happened with the indigenous and Indian people. Co-director and animator Jasper Kuipers.
Screening programm: see the festivalsite of the Haff.

https://vimeo.com/183688566 Please send an e-mail for the password hettyvanoordt@gmail.com   . Due to festival obligations the film is not publically online yet.

Early Wish (not a ballerina) screens in Washington

In the ‘Amazing Animation’ programm of the DC Independent Film Festival screens our (animator and co-director Jasper Kuipers) stop motion animation “Early Wish (not a ballerina)”. The oneminute film is about a childhood wish that seems to become fulfilled. History tells us grown-ups other stories. 15-19 February 2017.

https://vimeo.com/183688566 Please send an e-mail for the password hettyvanoordt@gmail.com   . Due to festival obligations the film is not publically online yet.

Media about exhibition in Spain

Dutch media in Spain present our exhibition to the Dutch residents as well. Happy with that.

Through Dutch Eyes Only (Dutch text) 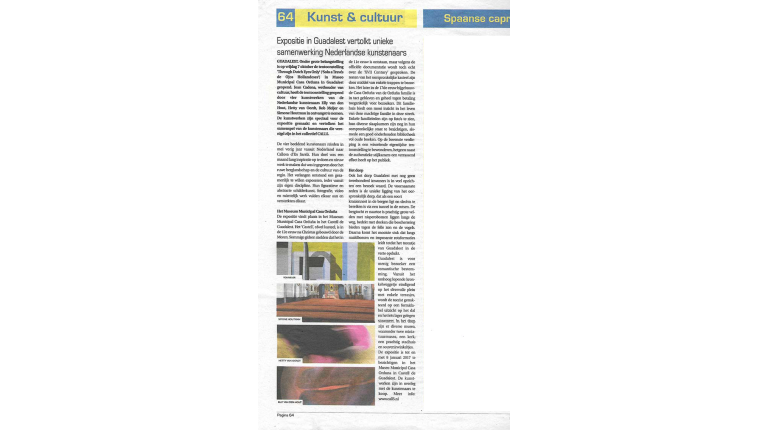 About exhibition in Spain

And a nice article about the opening of our exhibition in Guadalest and the – beautiful – area of Guadalest. In Dutch. 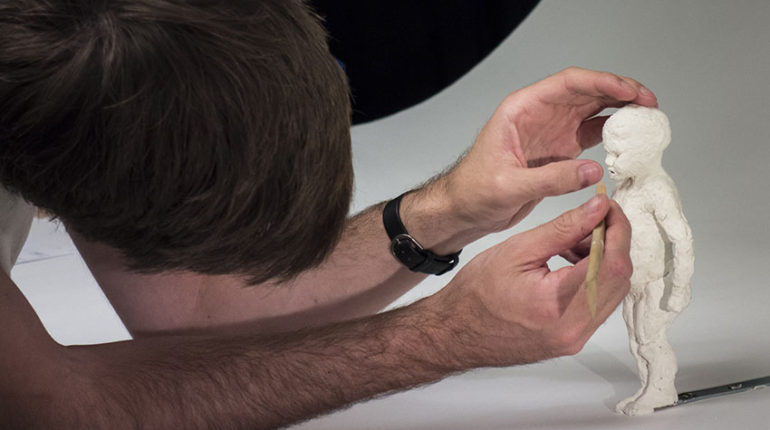 The stop motion animationfilm ‘Early Wish (not a ballerina)’ was produced together with the Dutch co-director and animator Jasper Kuipers. The oneminute film expresses a childhood wish that seems to become fulfilled.
The film is connected to my installation ’30 Days and More’ that is to be seen in Guadalest in Spain.
https://vimeo.com/183688566 Please send an e-mail for the password hettyvanoordt@gmail.com   . Due to festival obligations the film is not publically online yet.

Detail. One of the about 250 little sculptures that form the installation 30 Days and More. All have got their own identity.
Mixed media, presentation variable.